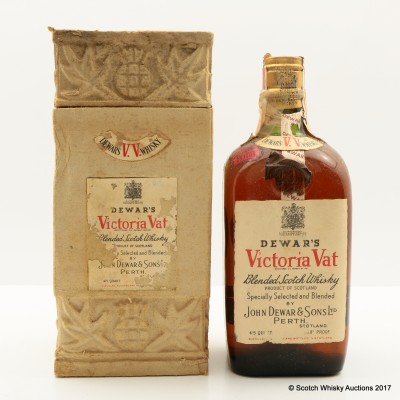 John Dewar began blending whisky at his shop on Perth High Street in the mid 19th century, and upon his death in 1880 the business passed to his two sons, John and Tommy. The extroverted Tommy subsequently embarked on a two year odyssey around the globe, spreading word of the brand far and wide. His legendary exploits (which included throwing empty bottles of Dewar's containing reward notes overboard during his voyage) helped grow the brand from it's humble beginnings to the giant it is today.

The back label on this example indicates this it the version originally sold as the Ne Plus Ultra, meaning this example was bottled after the change over in 1939. We estimate this is a 1940s bottling.