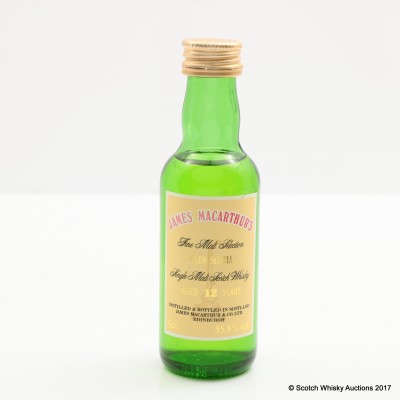 This mini has been bottled by James MacArthur's independent bottler.