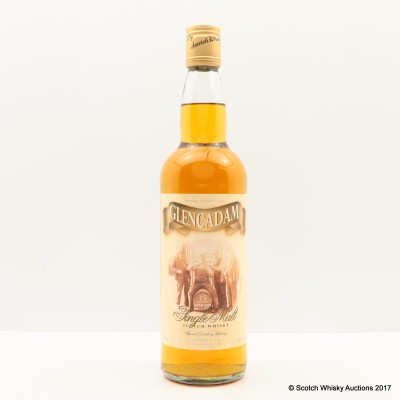 The Glencadam distillery has passed through several ownerships including Hiram Walker, Ballantine's and Allied Domecq, before being sold to current owners Angus Dundee Plc in 2003. It is used in blends such as Stewart's Cream of the Barley and Ballantine's, but has also produced a number of official bottlings since 2010.