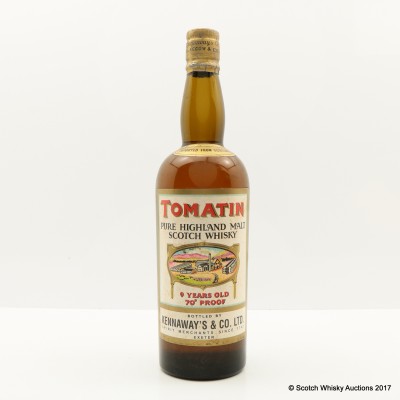 We'd estimate this Tomatin was bottled in the late 60s or early 70s. Despite the fact that the distillery's output was relatively high during this period, single malt bottlings from this era as rare as hen's teeth.