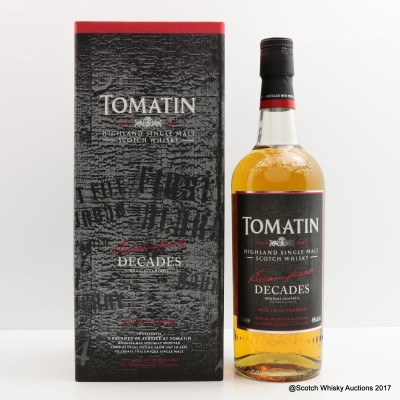 A specially crafted whisky, conceived by master distiller Douglas Campbell to mark his 50th year at Tomatin. He has taken 5 casks, one from each decade of his tenure, and married them together to create something truly exceptional.