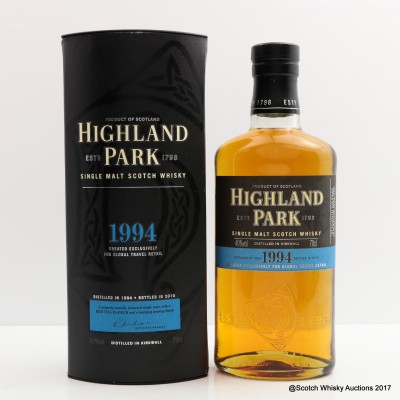 This 1994 vintage was aged in Sherry oak casks from Spain, and was released for the Travel Retail market.

Please not adhesive marking to neck & minor wear to box.