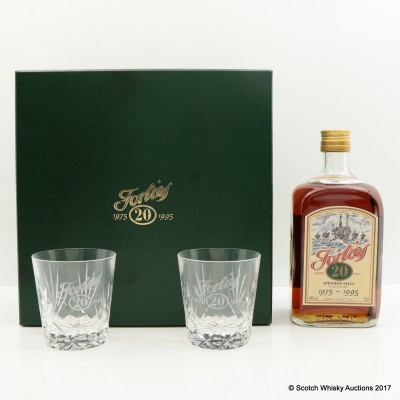 Widely accepted as coming from Glenfarclas. This whisky was specially commissioned by BP Exploration Operating Company to celebrate the 20th anniversary oil production from the Forties Field on September 12th 1975.