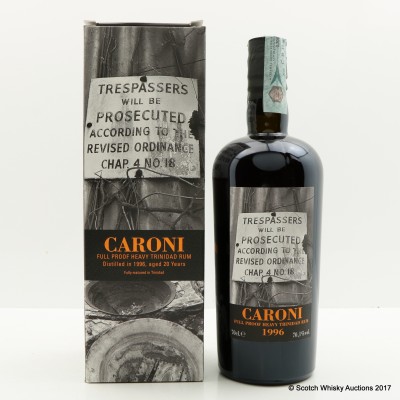 Established in 1918, the Caroni Distillery in Trinidad and Tobago operated at near full capacity until 1993. Unfortunately, due to industry consolidation, the distillery closed in 2002, though casks are still making their way on to the market.

This is the 35th release of their 20 year old. With the angels taking an unbelievably greedy share of 85%, there's not much of this precious liquid left for us mortals.

Bottle Number: One of only 3038 bottles released