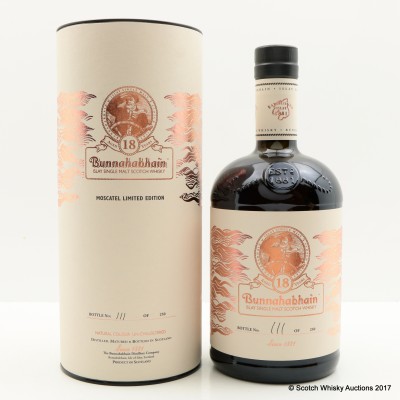 A comparatively recent release from Bunnahabhain, a less-peated dram from Islay, this single malt has big sherry flavours, exhibits coastal notes and some medicinal undertones.

Islay's most northerly distillery released two bottlings for Feis Ile 2015. The first was Rubha A'Mhail and this lot is an 18 year old finished in Moscatel.