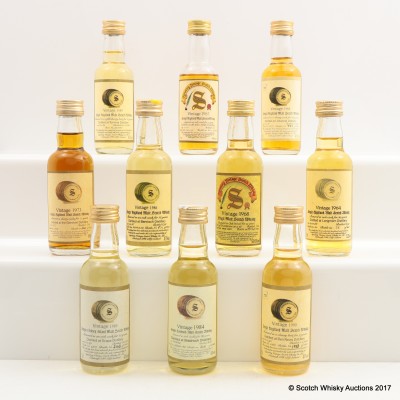 This assortment of single malt whisky miniatures from Signatory includes examples from Longmorn, Linkwood and Glenlivet distilleries, amongst others.