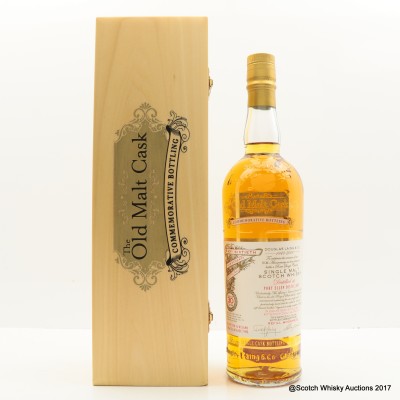 A quite magnificent tribute to Douglas Laing, Glasgow's Independent bottler, which has reached - and passed - its 60th anniversary.

In 1925 the distillery was acquired by DCL, but it always played second fiddle to bigger siblings, Caol Ila and Lagavulin. Production during this period came in fits and starts, and in 1983 during a downturn in global demand for Scotch, DCL decided to pull the plug on the runt of their litter. However, while the distillery itself may be gone, stocks of Port Ellen whisky remain; and thanks to the use of refill casks to create a signature style less oaked than it's contemporaries (and one that ages extremely well), demand amongst collectors and connoisseurs continues to soar as supply dwindles..