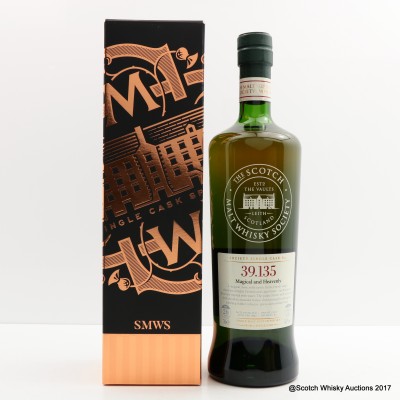 The Scotch Malt Whisky Society was founded in Edinburgh in 1983 by Phillip 'Pip' Hills who, while travelling around Scotland in the 1970s, fell in love with whiskies drawn straight from the cask. After convincing some friends to buy a cask of Glenfarclas he expanded his syndicate and in 2004 the Society was purchased by Glenmorangie PLC.
It has a unique code system where the first number refers to the distillery and the second refers to the cask from which the bottle comes. SMWS also offers the largest range of distilleries of any independent bottler.

Bottle Number: One of only 186 bottles released