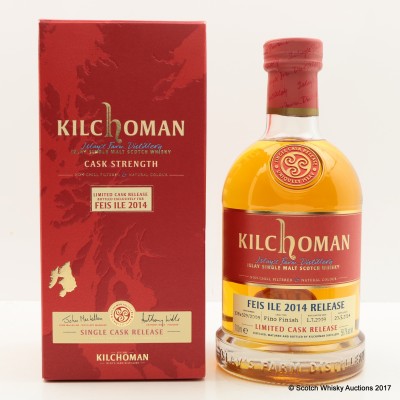 Kilchoman distillery was the first distillery to be built on Islay for 125 years and has garnered a sterling reputation in its short life span.

With everything being carried out on site, from floor maltings, distilling and maturation to bottling, it is now one of the largest private employers on Islay.

The 2014 Feis Ile spent its first years in first-fill bourbon casks, with a final 3 month maturation in a Fino sherry butt.

Some people claim this is the tastiest bottle from Kilchoman. Could it also be the best festival bottle in 2014?