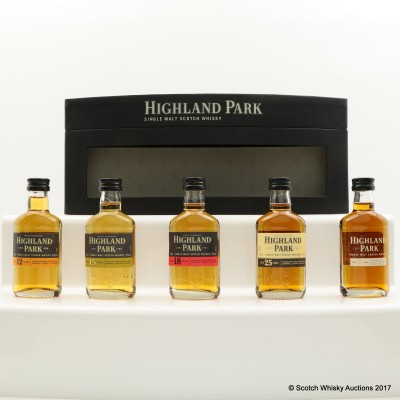 This lovely pack offers a journey throughout the Highland Park range.

Please note minor wear and peel to labels and box