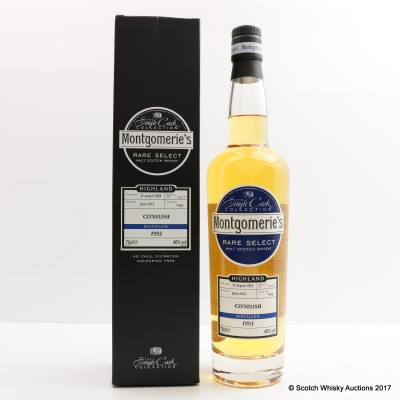 Bottled by Montgomerie's as part of their Single Cask Collection.