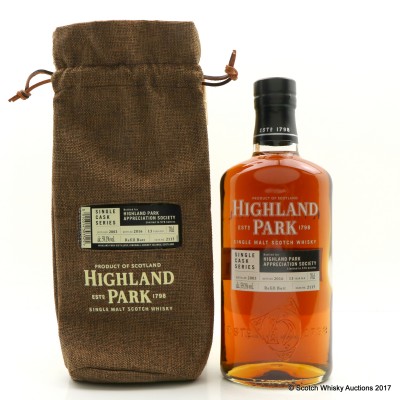 This release was bottled exclusively for the Highland Park Appreciation Society.