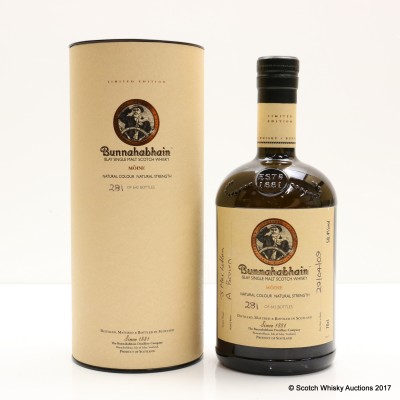 A rare bottling of Bunnahabhain from the Feis Ile in 2009. This limited edition is finished in Oloroso Sherry butts for three months in sea-facing warehouse no.7.

Moine (meaning 'Peat' in Scots Gaelic) is a dram for reflection - a gentle, eminent taste from another age.

Including Bunnahabhain keyring in pouch. The bottle label bears the signature of the then distillery manager, John MacLellan.