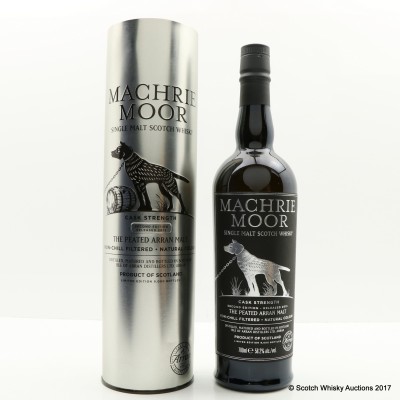 The Machrie Moor series is heavily peated, and named after the peat bog on the western part of the Isle of Arran. The dog on the bottle is called Bran!