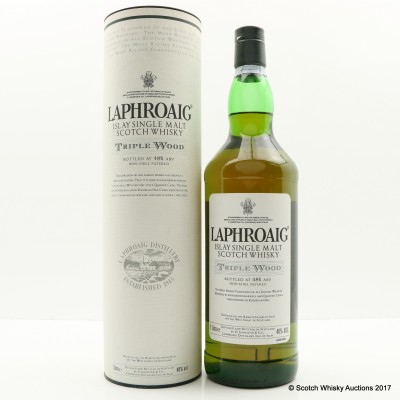 This expression has enjoyed a triple maturation in 3 types of cask. Just as with its standard Quarter Cask expression, the first maturation is in American oak, ex-Bourbon barrels. Laphroaig then selects the most suitable of these barrels, containing a range of different aged spirit and transfer into small 19th century style Quarter Casks for a second maturation. The final maturation is in specially selected, large European oak, Oloroso sherry casks.