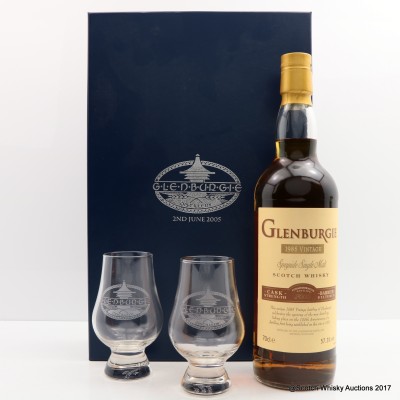 This special whisky was bottled to commemorate the opening of the new distillery, which coincidentally happens to be the 195th anniversary of the old one. The box also contains two branded Glencarin glasses.