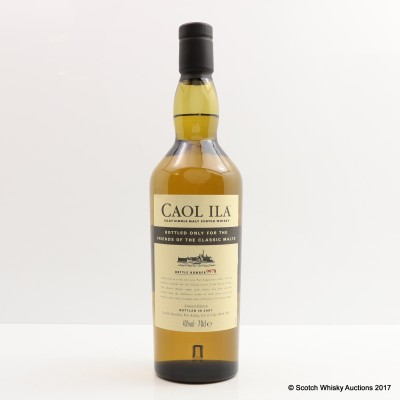 Released only for Friends of the Classic Malts in a limited edition.