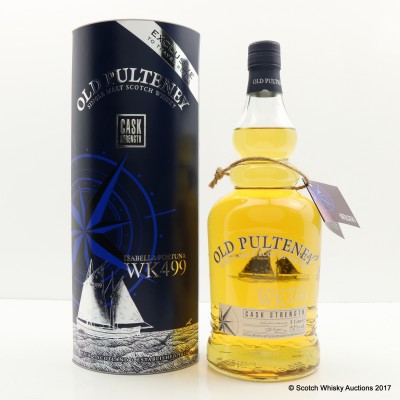 Formerly only available in travel retail, this is a no-age-statement release from Old Pulteney that replaces the earlier WK209.

It is called "Isabella Fortuna" after the last drifter boat still in Wick harbour - if you stand at the top of the hill by the distillery you can almost see it.