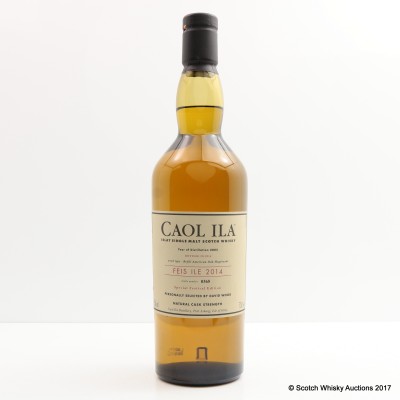 The 2014 Feis Ile expression from Caol Ila is rather special, as it has been selected by the new distillery manager David Wood. This is also the first time he has put his name on an official distillery bottle.