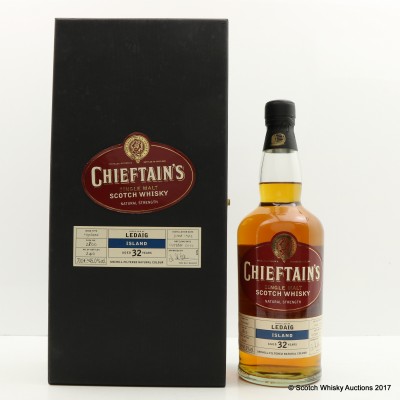 This Ledaig has been bottled by Ian MacLeod as part of their Chieftain's Choice range.

Bottle Number: One of only 240 bottles released

Please note minor crease to label and wear to box