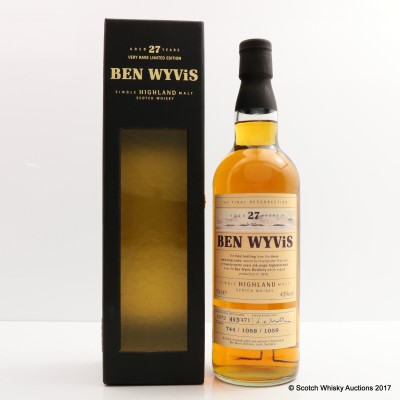 The former Ross-shire distillery Ben Wyvis ceased production 1976 after little over a decade in production (founded in 1965). As you would expect with such limited production, official bottlings are very rare.

It was actually the second distillery to carry the name, the other being in Dingwall, also known as Ferintosh.

This bottle is named 'The Final Resurrection' and has been drawn from the last three casks.