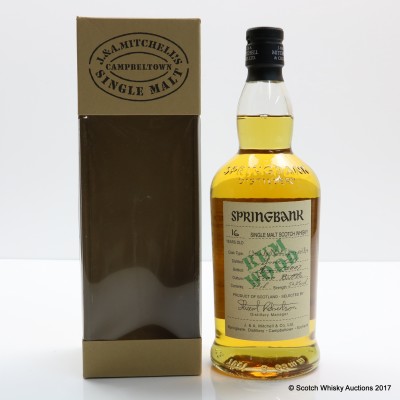 This Springbank has spent 8 years in refill Bourbon Barrels followed by a further 8 years in fresh Rum casks.

Bottle Number: One of only 5100 bottles released