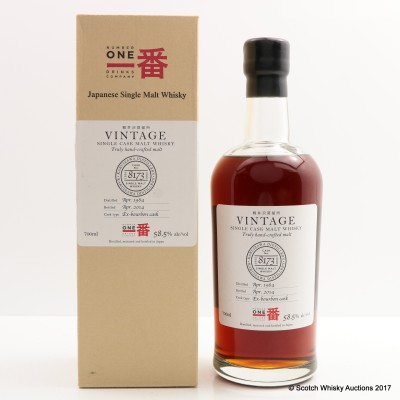 A vintage cask release from the mighty Karuizawa. This is more unusual for them as they are famed for producing sherry monster drams, but this one is a Bourbon cask release.