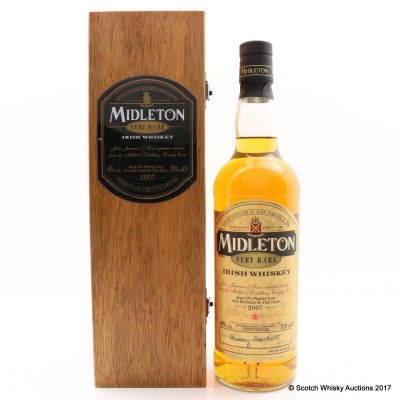 One of the world's most modern distilleries, Midleton of East County Cork, Ireland was built in 1975. Their distillery is a proverbial umbrella of a powerhouse, utilising three pot stills and three columns to produce a whopping 64 million litres of spirit each year for heavy hitters such as Jamesons, Paddy, Green Spot and Tullamore Dew to name but a few.

The Very Rare range is aged between 12 and 25 years in Bourbon casks, with each bottle signed, numbered and released in a limited quantity each year. Rare and highly collectable, this whiskey has won awards and received industry accolades which verify their quality and keep the Midleton name revered.