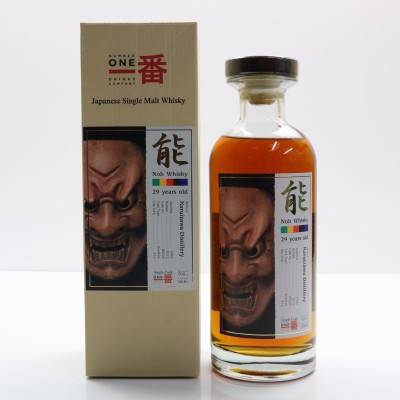 In 2011 Number One Drinks bought the remaining stock and it has been instrumental in the phoenix-like resurrection of a distillery that rarely released any bottles during its lifetime.

Part of the 'Noh Performers' series, this bourbon cask is a change from the usual sherry cask releases.

Bottle Number: One of 411 bottles released