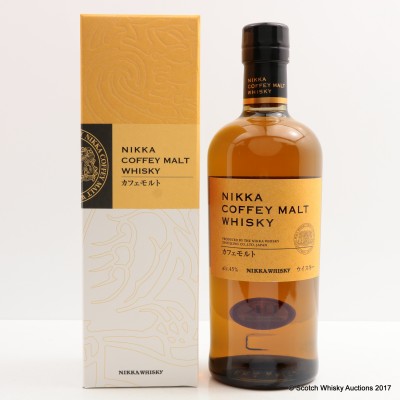 When most of us hear the words "Coffey still", we immediately think of grain spirits. but this whisky from Nikka is made using only malted barley, and is then distilled in a continuous Coffey still, rather than the traditional pot still. A great example that non pot still distilled whisky can also be pretty delicious.