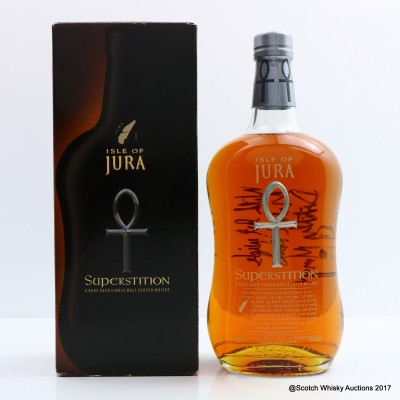 This bottle has been signed by the Distillery Manager.