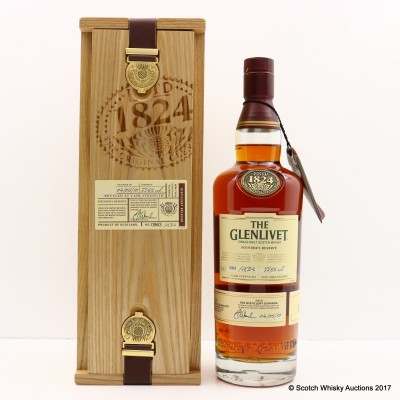 This is the founder's reserve cask strength single malt in a fortified, branded display case.