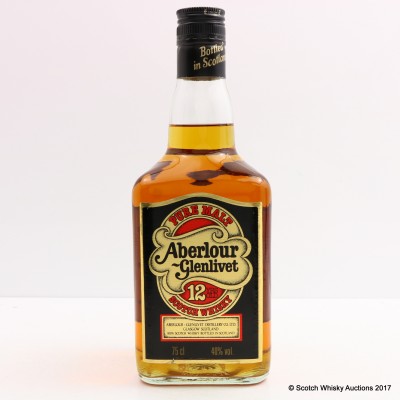 A bottle of Aberlour, from the days when they were still using the 'Glenlivet' suffix.