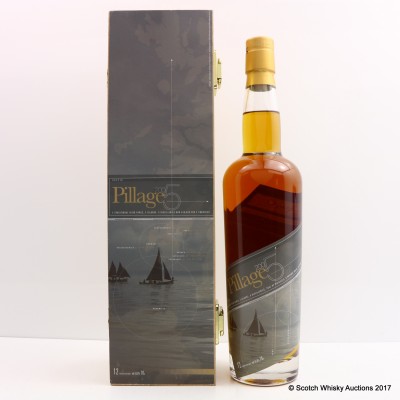 During 2005, Lagavulin distillery worker Kevin Campbell and a team of charitable Ileachs rowed around the coastline of Islay, collecting malt whisky from each of the island's then seven distilleries. The whisky was duly married in casks and bottled at Bruichladdich before being offered for sale via the internet.

The ten-year-old Islay Pillaged Malt raised £25,000 for the RNLI and the Macmillan Cancer Relief Fund.

Encouraged by the great success of this venture, Campbell and fellow Lagavulin fundraiser Marjorie Orr set about going one better, and proceeded to turn the Islay Pillage into a Celtic Pillage in 2005 by including Jura and Bushmills distillery in Northern Ireland on their itinerary.