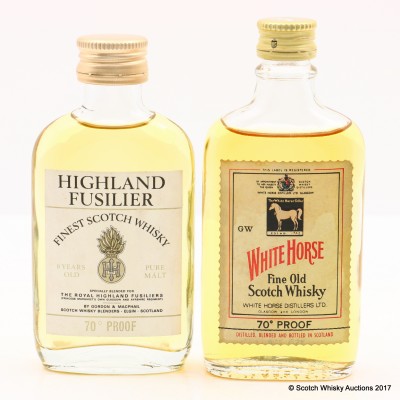 Named after an Edinburgh inn, White Horse was first produced in 1861 by James Logan Mackie. It was his nephew Peter that propelled the blend across the world. He would also build the mythical Malt Mill distillery and raged against Lloyd George's 'People's Budget'. This whisky finds its heart in Lagavulin but Talisker and Linkwood contribute to the blend.