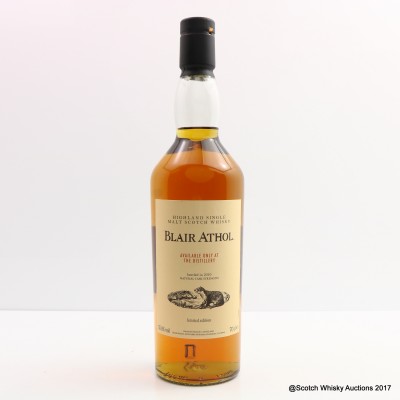 Originally called Ardlour after its water source, the distillery we now know as Blair Athol was constructed in 1798, in the picturesque Perthshire town of Pitlochry, making it one of the oldest legal distilleries in Scotland. While it has never been well known as a single malt, the distillery is very much the spiritual home of the Bell's blend, and the visitor centre there attracts a mammoth 35,000 tourists every year.

Now owned by Diageo, we occasionally get the chance to try Blair Athol as a single malt in the form of the Flora & Fauna range, Diageo special release, or the odd independent bottling.

This limited edition is available exclusively from the Blair Athol distillery.