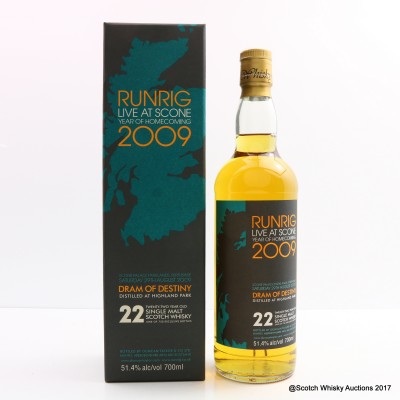 A Duncan Taylor bottling, this Dram of Destiny is an old Highland Park. Bottled to celebrate the Year of Homecoming at Scone Palace on 29th August 2009.

Bottle Number: One of only 750 bottles released