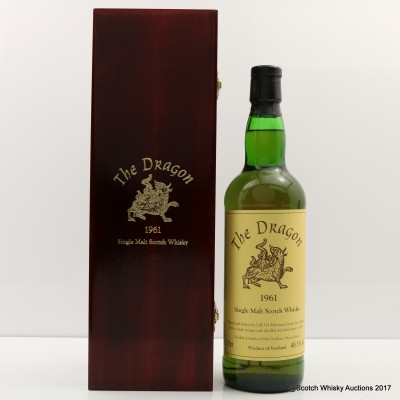 This private bottling of Highland park called 'The Dragon' comes from a single cask and takes its name from the 12th Century carving by Norse Crusaders in one of Britain's finest prehistoric buildings - the Maes Howe chambered tomb, Orkney, dating from around 3000BC.