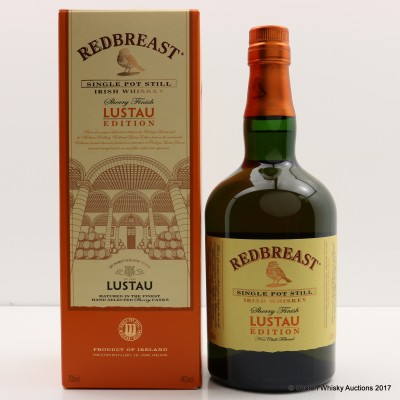 This expression was created thanks to a long-standing friendship between the Lustau Bodegas and Irish distillers. Aged for between nine to twelve years in a combination of Bourbon and refill Oloroso Sherry barrels, before being transferred for another year of maturation into a Lustau Oloroso Sherry cask.