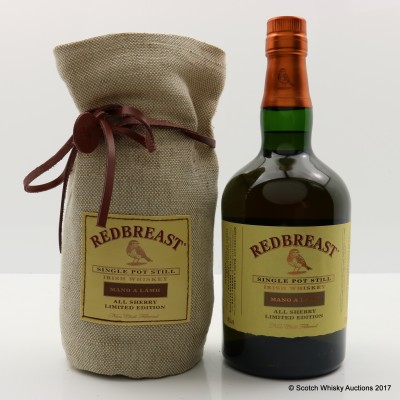 The name comes from the Spanish and Irish Gaelic words for “hand” and reflects the ties between Midleton Distillery in Ireland and the Spanish Sherry bodegas that help season casks for Midleton.