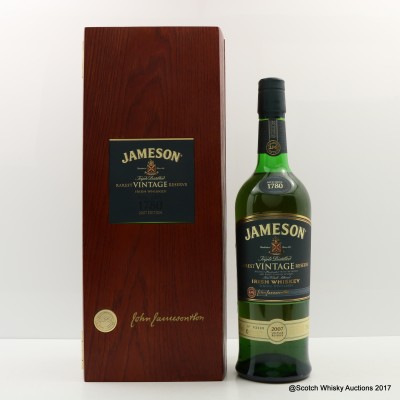 For this first vintage, fortified port pipe casks were used for maturing one of the pot still whiskies imparting a glorious fruit rich character. The combination of the oldest and rarest parcels of whiskey by the Jameson whiskey Masters of Distillation, Blending and Maturation result in a whiskey with depth, complexity and a supremely lavish taste.