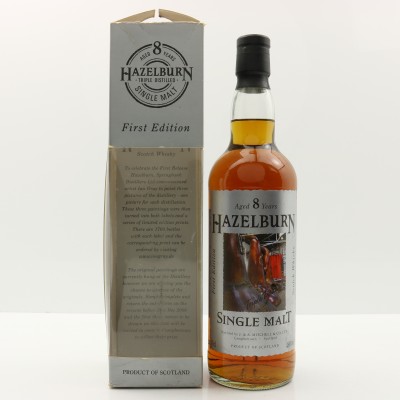 This is the inaugural release of Hazelburn. The label features one of three pieces of artwork from Ian Gray, that were commissioned to mark the occasion, and prints of which were also available at the time of the release. This one is The Stills edition.

Bottle Number: One of only 5000 bottles released.

Please note condition and general wear of label and box.