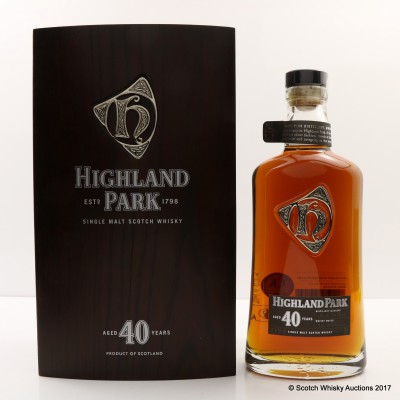 The pinnacle of Highland Park's stocks, there are not many distilleries out there who can produce a 40 year old whisky in the way that Highland Park does.

Please note the pin that secures the bottom box hinge has come out, and wooden box is cracked.