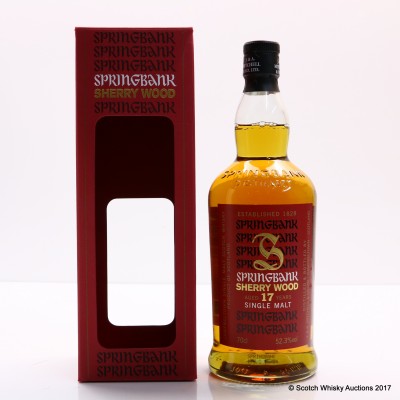 This whisky from the Campbeltown legends has been collecting praise from all those who have tried it. It was released in early 2015 and has been bottled at cask strength.

Bottle Number: One of only 9120 bottles released