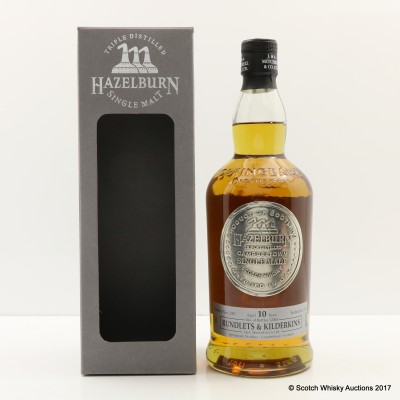 The third and final release in Springbank distillery's Rundlets and Kilderkins series, this Hazelburn was left to mature in 60 and 80 litre casks (the Rundlets and Kilderkins of the title) between 2003 and January 2014. Small casks mean lots of wood contact and this combines the elegant Hazelburn with lots of wood influence for a sweet and oaky dram.

Bottle Number: One of only 12,000 bottles released