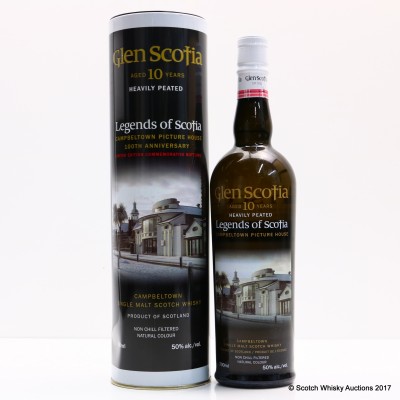 This heavily peated expression from Glen Scotia is part of their "Legends of Scotia" series. Limited to 6000 numbered bottles, this bottle features pictures of the Campbeltown picture house. The oldest continuous operating cinema in Scotland, and one of the oldest in the world.