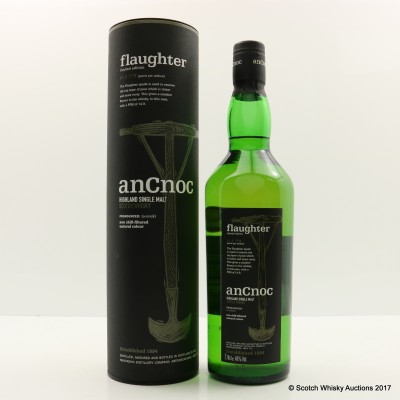 The Flaughter is a spade is used to remove the top layer of peat which is richer, more rooty and produces more reek. This gives a heavier, smokier flavour to the whisky, in this case, with a PPM of 14.8.