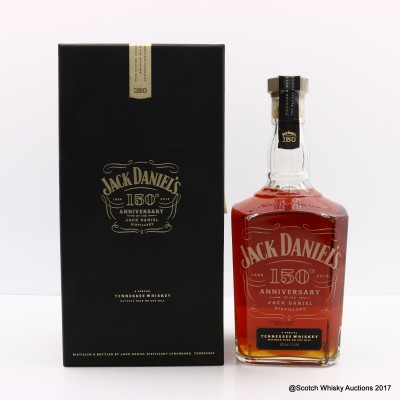 Jack Daniel's is a brand of sour mash Tennessee whiskey that is the highest selling American whiskey in the world. It is produced in Lynchburg, Tennessee by the Jack Daniel's Distillery, which has been owned by the Brown-Forman Corporation since 1956. Despite being the location of a major operational distillery, Jack Daniel's home county of Moore is a dry county, so the product is not available for consumption at stores or restaurants there.

This 2016 release commemorates its 150th anniversary. Made to the same recipe as the original No. 7, but at a higher strength.

Please note damage to inside of box.