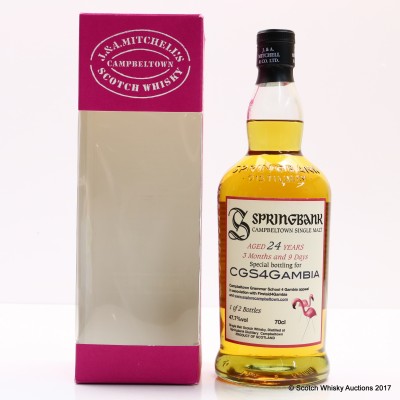 This is a very rare bottling, created by the distillery to help the children of Campeltown Grammar school raise money for the Firstaid4Gambia charity appeal.

Only two bottles were produced by the Distillery, and one of those was opened, and sold off by the dram in the Ardshiel Hotel, while the other (this one) was sold at a charity auction.

Of course, that makes this bottle the only one of its kind in the entire world!

Bottle Number: One of only 2 bottles released