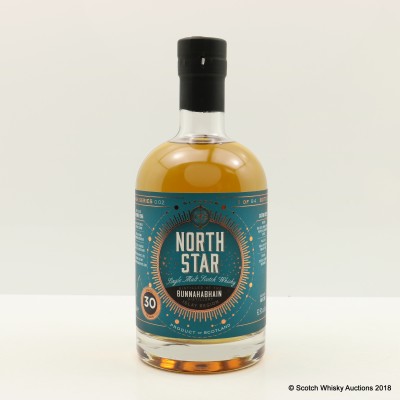 This elegant thirty year old has been bottle by North Star; an independent bottler of fine whiskies, gins, rums and bourbons. The Glasgow based company produces only small batch releases without chill filtration and at a healthy cask strength.

Bottle Number: One of only 84 bottles released